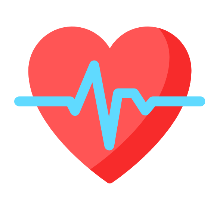 Substance use can have a wide range of short and long-term effects on one’s health. Those health impacts often depend on the specific drug or drugs used, how they are taken, how much is taken, the person's health, and other factors. The Health content catalog informs viewers about the health impact of substance use and how to regain one’s health during the recovery process.

Hidden Casualties: Consequences of Opioid Epidemic on the Spread of Infectious Diseases

According to HIV.gov, "The opioid crisis in the United States has reached epidemic levels with a public health emergency declared by President Trump. Drug overdose is now the leading cause of death among individuals under 50 years of age. According to the Centers for Disease Control and Prevention (CDC), more than 90 Americans die each day from opioid overdose, including heroin. A lesser known consequence of the opioid epidemic is that increases in injection drug use are driving rates of infectious diseases and related conditions: hepatitis C virus (HCV) rates have increased almost 300 percent, and increases have been seen in some areas in hepatitis B virus (HBV), HIV, endocarditis, septic arthritis, epidural abscess, osteomyelitis, and infants exposed to hepatitis C. As rates of opioid use have risen, so have the rates of related infections."

This article has a number of videos from the meeting of federal stakeholders at the US Department of Health and Human Services addressing the opioid epidemic and spread of infectious diseases.

Login to the Laura Project and get special insight as a site member.

Enter the email address that you signed up with and we will email you a password reset link.

Your account is protected with two-factor authentication. We've sent you an email with a code to enter below. Be sure to check spam filters if you have not received the email.

Your session is about to expire.